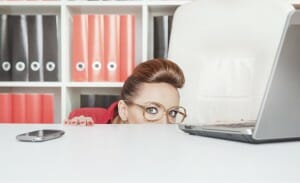 How to Detect and Avoid UPS Capacitor Failure

When a UPS suffers a capacitor failure, you may not initially notice, but that doesn’t mean the UPS hasn’t been compromised and that performance isn’t affected. In many cases, a capacitor failure will force your UPS system into bypass, leaving your critical loads unprotected.

What is UPS capacitor failure? Before we delve into the details, let’s meet the capacitor, one of the most overlooked and misunderstood components of a UPS.

What Is a UPS Capacitor?

A UPS capacitor smooths out fluctuations in voltage. It can range in size from a thimble to a coffee mug. Each UPS typically contains multiple capacitors that work together conditioning the power supplied to the UPS system, as well as the output power flowing through to your protected equipment.

The tricky part with UPS capacitors is that if one fails, you might not notice the effects, at least right away. That’s because the other capacitors step up and take over the workload. So why should you worry if capacitors begin to fail? If it’s not broken, why fix it?

That depends entirely on how you approach your job as a facility manager. If you don’t like putting out fires, and would rather prevent them from starting in the first place, then consider how a UPS capacitor failure can affect your facility.

Capacitors Can Fail Right Under Your Nose

As noted in a very informative white paper by Eaton, a UPS capacitor can either fail in an “open” condition in which the capacitor simply stops functioning, or it can fail in a “short” condition, in which it may develop a leak of the dielectric medium or even an explosive “pop” if the venting is forceful.

In the event of a leak, most capacitor designs will only allow the electrolyte to leak gently, preventing the corrosive material from affecting the other components. In real life however, not everything fails as designed.

The big question, naturally, is how a capacitor failure would affect the UPS. This is dependent upon where the capacitor is located, the health of the capacitors, and whether they’re working in a series or parallel.

The important takeaway is that in most cases the failed capacitor won’t initially take your UPS down, but it will immediately affect its performance. You may not even see it, either, as UPS capacitors operating in an “open” condition rather than a “short” may not show any signs of an electrolyte spillage.

Ultimately, the performance of the UPS will suffer. It’s filtering ability will be affected and, as Eaton notes, “when a capacitor in the power train fails, a typical three-phase UPS transfers to bypass mode.” That leaves your critical equipment unprotected. Not good.

How to Stop UPS Capacitor Failure

Because failure of the capacitors can be so difficult to detect, the most effective way to eliminate the threat is to stop UPS capacitor failure before it happens. A few simple steps can keep you on safe ground:

1. Schedule regular maintenance.  Routine UPS maintenance, in which filters are cleaned, fans are tested, and dust and debris is removed from the overall unit, will help your UPS run at a cooler temperature, extending cap life.

2. Watch the capacitor shelf life.  Typically at about the six-year mark, a more thorough examination of your UPS capacitors should be performed.  This can include visual inspection and thermal scanning to understand and track potential problems. For some systems, this may include putting your UPS system in bypass or even shutting down your UPS to gain access to the capacitors.

3. Replace capacitors proactively.  A great resource for the life cycle of both AC and DC capacitors is referenced in a white paper on the topic, produced by Emerson. It is important to know what your lifecycle maintenance on a UPS system should include. Talk to your UPS service provider about your specific system and when it makes sense to inspect or replace your capacitors.

Capacitors can be a source of frustration and confusion for facility managers.  The different types of failures, and the variety of ways it can affect your UPS, can cause a fair degree of uncertainty. That’s why preventative maintenance is the only surefire course of action.

One final note: If you choose the route of waiting until your UPS capacitors are faulty before you fix it (or maintain it), you’ll pay the price. Replacement costs will always be higher than if you identify end-of-life capacitors as part of a preventative maintenance plan.

Speak with QPS to know when to inspect your capacitors!

Protecting the Most Vulnerable Part of Your UPS: The UPS Battery

How a Facility Assessment Reveals Four Key Points of Failure