While the first design for a Thin Plate Pure Lead (TPPL) battery was created close to 50 years ago, its unique design and characteristics are still very beneficial in today’s data centers, and telecommunication infrastructures. There are several benefits to using Thin Plate Pure Lead batteries over other types of batteries.  First, we will discuss the design, and what makes the batteries different. Then we will discuss its benefits over flooded wet cells, and valve-regulated lead acid (VRLA) batteries.

Thin Plate Pure Lead Batteries, How do they work? 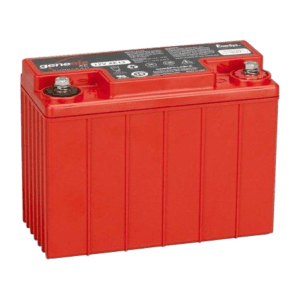 Traditional VRLA batteries and TPPL both use absorbent glass material in seal containers, so what’s the difference between the two?  The differences come down to thickness and the purity of the lead plates within the batteries.  All lead used for VRLA batteries is usually rated to be 99.99% pure, unlike TPPL batteries that must exceed that rating to function properly. Furthermore, in VRLA batteries the lead plates can be up to 1.2 mm thick, while in comparison, the TPPL lead battery plates have to be rolled under 1mm. Due to the thickness, TPPL batteries can store up to 20% more lead plates in a battery than their VRLA counterparts. This design allows TPPLs to have high discharge rates and faster recharge times.  The increase in surface area, that the TPPL battery provides, also allows for an additional advantage besides discharge/charge rates.  It also allows built-up heat, created in the batteries during these processes, to dissipate faster. Oftentimes, there is less need to thermal manage TPPL batteries because of this characteristic.

When comparing TPPL batteries to a flooded cell, there are two distinct differences between the two, maintenance vs. longevity.  To maintain a flooded cell, a monthly preventative maintenance inspection is recommended to make sure that the batteries are holding the charge, and electrolyte levels are correct.  In contrast, a TPPL battery has a maintenance calendar that looks identical to a traditional VRLA.  Which is a semi-annual inspection and measuring the resistance of each battery. In terms of lifespan, Flooded cells have an average life span that can be more than double that of a TPPL if they are maintained properly.

Where are TPPL batteries being used?

To give you an example of this the Enersys XE TPPL batteries have a maximum discharge rate of 2482 Watts per cell (WPC) while a traditional Datasafe HX line as a max. discharge rate of 925 WPC.  If you are attempting to minimize the number of batteries needed in a data center, you can clearly see the difference between the discharge rates.

Could these batteries be the right option for your critical equipment?

While the technology has existed for close to 50 years, we are now starting to see more and more interest in thin plate pure lead batteries in the last few years.  Have you discussed with your Quality Power Solutions Representative if Thin Plate Pure Lead batteries are a good option for you?

Talk to us about Thin Plate Pure Lead Batteries today!

What is Thermal Runaway?