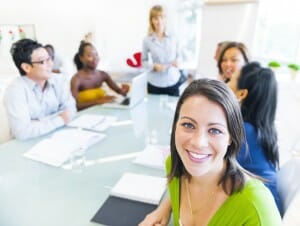 Why You Must Know the Four Components of a UPS System

Simply knowing what your UPS system does should be just the beginning of your UPS knowledge. Going a step further to learn the key components of a UPS will help you understand how it works, identify potential problems and help you avoid them.

UPS systems come in many variations and sizes depending on your facility’s requirements. In this post, we’ll focus on an “Online Double Conversion UPS” – the industry standard for midrange to large systems.

A double conversion UPS converts the incoming alternating current (A/C) to a direct current (D/C), so it can power the system’s battery, and then back to A/C for powering equipment – hence the name “double conversion.” Take a look at how a UPS’s components work together so you can better understand your system and ensure your mission critical load remains online.

The Four Main Components of a UPS System

1. The static bypass: The online UPS has an internal static bypass circuit that is the first line of defense should you experience a failure within your UPS system.

In the event of a system failure, the static bypass automatically closes the circuit and allows the incoming power to divert around the rectifier, batteries and the inverter to supply utility grade power (unconditioned) directly to your load.

Although this isn’t conditioned power, it allows your systems to continue functioning even if the UPS’s internal components fail.

2. The rectifier: The rectifier has two main functions. One is to charge the batteries (like an alternator in a car) so your batteries remain at the proper float voltage.

The other job of the rectifier is to convert the incoming power from A/C to D/C.

3. The battery: The battery is the heart of your UPS system. Should your facility experience a utility power failure, your mission critical equipment will depend on your UPS’s battery system to support the load.

UPS battery systems have at least one string of batteries.  The number of batteries required within the string varies by the D/C buss voltage of the UPS.

Batteries within the string are connected in series. Therefore, if a single battery fails or opens, the entire string fails. Additional battery strings are often added to the UPS to provide for additional runtime and/or redundancy of the battery system. Good system design calls for multiple strings of batteries versus a single string of batteries.

Batteries do age and eventually wear out. A typical valve regulated lead acid (VRLA) UPS battery has a life expectancy of four to six years (some sooner depending on the quality of the battery). Each time the battery cycles it ages.

It is vital to the health of your UPS battery system (and your critical loads) to inspect the batteries on a regular basis. Semi-annual, or even quarterly inspections are warranted.

4. The inverter:  The final main component of a UPS system is the inverter. This device accepts the D/C from the D/C buss, which is supplied by the rectifier and the battery.

If you have a power outage, the rectifier will no longer provide current to the D/C buss, leaving the battery as the only source that will continue to feed the D/C buss until the batteries have depleted to a point that they can no longer support the load. Once the batteries wear down, the system will be in jeopardy of dropping the load unless an external power source, typically either the utility or generator, once again begins to provide power to the UPS system.

Other items to consider when purchasing a UPS system to support your load are: TVSS (Transient Volt Surge Suppression) and External Maintenance Bypass and SNMP (monitoring software).  Although these components are not mandatory, they do add protection, flexibility and automation/monitoring to your application. We will discuss these in more depth on future blogs.

It can be valuable to expand your UPS knowledge beyond the rudimentary basics. Becoming familiar with your system’s primary components will help you better understand its operations, allowing you to make educated decisions to keep your system running in tip-top shape.

Why You Need an External Maintenance Bypass

Birds and Squirrels Cause 11% of Power Outages